Get 30% Off on the report: Core Results & Findings of the Third RWTH Open Innovation Accelerator Survey 2020 - Download now 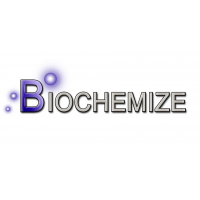 Cis-3-hexenol (mainly) and trans-4-hexenal are two molecules highly used in the cosmetic/fragances industry that are produced by chemical synthesis from non-renewable sources as petroleum. Recently, the need for this molecules obtained from renewable sources has been growing-up, but up to now the only source is the direct extraction from plants, that needs the use of high amounts of chemical solvents and thus is not an environmentally friendly and sustainable process. Anyway, the cis-3-hexanol and 4-trans-hexenal obtained by this method have a market cost much higher (from 30 - 50 USD/ Kg of synthetic molecules up to 350 - 400 USD/ Kg of natural origin/extracted molecules). Biochemize has developed a process for the renewable and sustainable production of these two molecules, through the use of recombinant microbial strains that express the genes that encode for the enzymes that are the responsible for the (metabolic bio) synthesis of both molecules in some plants that naturally produce it. Thus, Biochemize has developed a low-cost effective process for the natural (fermentative) production of cis-3-hexenol and trans-4-hexenal, from linseed oil and through the release of linulenic acid. 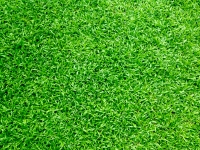 The use of chymosins for the production of cheese and cheese derivatives from milk has been known for years, and nowadays this technique has completely substituted the use of calf rennet. Biochemize SL has developed several recombinant yeast and bacteria strains able to express chymosins from bovine (chymosin A and chymosin B) and from camel origin, with very good expression levels (between 0,1 and 3 g/L) and activity.

Production of D-panose through an innovative microbial fermentation process

D-panose (α-D-Glucopyranosyl-(1->6)-α-D-glucopyranosyl-(1->4)-D-glucose) is a high value tri-saccharide molecule that has been proposed as a low caloric content sugar (i), as a promoter for probiotics (ii) and having outstanding anti-oxidant. anti-tumoral properties (iii). Currently this rare sugar is obtained by chemical synthesis, and this is the reason for its extremely high cost/ price (1) and poor industrial uses (2). At Biochemize SL we have developed a (very simple) production process that leads the production of high pure (more than 99%) D-panose, through a microbial fermentation process using a recombinant bacteria strain engineered by us, at a significantly lower operational/production cost. We offer this process to be operated by/ be licensed to a manufacturing company operating in this area.

Saline marshes are natural environments with hard conditions supporting life due to the high concentration of salts. Thus, microbial flora surviving there needs to develop high performance molecular mechanisms to retain water against osmotic pressure. Biochemize has developed a low-cost and non-invasive process for the isolation of those microorganisms and to obtain from those biomass extracts (containing high amounts of carotenes, licopenes and flavonoids, among other) with high capacities for the retention of water (much higher that those from hyaluronic acid), for filtering UV-radiation, for wounding care, and with outstanding properties as anti-oxidants and/or metal chelants. Applications for pharma, cosmetic and agrofood industries are proposed. A first set of studies of the properties of these extracts is available.

Biochemize SL is an small biotechnology R&D company (founded 8 years ago and with a team of 10 persons) located in Barcelona that is focused in the development -from basic research to scale-up and industrial production- of bioprocesses (using enzyms and/or microorganisms, wild and/or engineered for the production of APIs and all kind of high value molecules, instead of using chemical synthesis, with higher yield and lower operational cost and environmental impact. The company has its own lab facilities, and participates in public funded research projects, at european and international levels. 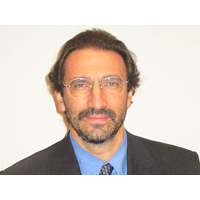 About our Innovation Strategy

We are currently seeking best-in-class collaboration partners for our publications listed in the tab Opportunities. We want to invite you to cooperate with us, so please repond to any of the opportunities by submitting one or more proposals. Our team will directly evaluate them and get back to you with a response. Please provide as much detailed non-confidential information as possible to facilitate the engagement process.

CEO at Biochemize SL from Spain

Senior Intervention Manager of Horticulture Sector at EP/PEPE from Ethiopia

CEO at Marealis AS from Norway

Sign in to Innoget to connect with Biochemize SL and other leading innovators and researchers that matter.